The ICONIC event has come to a close. A unique variation of the MICC event to highlight the Cultural and Creative Industries sector in professional circles as well as for the general public. Read more for an overview!

Exhibitions, film-concerts, thematic workshops, conferences for the general public... From November 18 to December 2, the first edition of the ICONIC event gave everyone a chance to enjoy discovering the Cultural and Creative Industries sector, with the diversity, expertise, and creativity of studios operating around the greater Montpellier area. The event featured many high points, including: Mini-ICONIC, General Public ICONIC, ICONIC Pro, and Cœur de Ville en Lumières (Downtown in Lights).

“What a pleasure to welcome ICC representatives from here and elsewhere, and to see their enthusiasm for this revamped event! ICONIC is different from other conferences and festivals because it gives business, technology, and cultural stakeholders an opportunity to approach CCIs from a creative and inspirational perspective,” says Hind Emad, Montpellier Méditerranée Métropole Vice President in charge of Economic and Digital Development

“ICONIC showed the general public the directions being taken by Montpellier Métropole regarding CCIs. Many of the visitors were not fully aware of the place that these activities hold in the territory,” observes Vincent Cavaroc, General and Artistic Director for Tropisme.

The Made in Montpellier and Fabcaro exhibitions were a complete success. Young people with questions about where to go after high school were able to discover CCI occupations. The same can be said about film projections by students from the ArtFX and ESMA schools. Proof that in addition to having skills, the Montpellier Métropole CCI ecosystem has a pool of promising talent ready to meet its needs.

As part of the ICONIC event, Montpellier Métropole launched an exclusive action by inviting the general public to discover the first season of Arcane. Now celebrating its first anniversary, the successful series based on League of Legends, is produced by Riot Game and created partly in Montpellier by Fortiche Production.

Nearly 50 Fortiche employees who participated in creating the series in the company’s Montpellier studio were present. They were not about to miss this exceptional projection on a large screen! 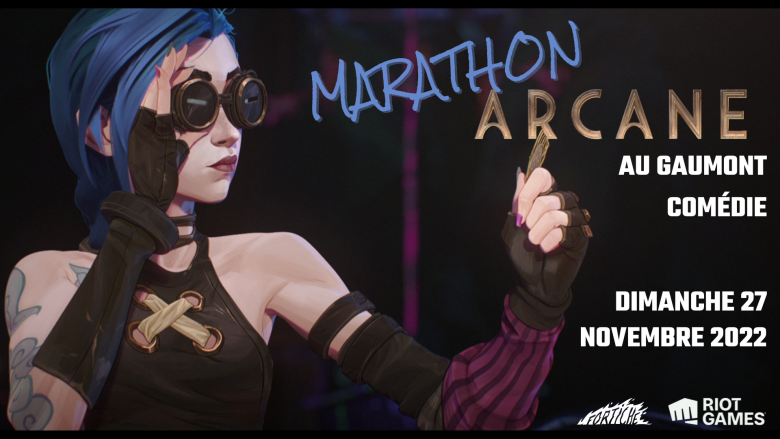 GaCha 2022: “A wonderful jumble of collective emulation and overflowing imagination!”

Ubisoft GaCha is the most anticipated Game Jam in France! The goal for students is to produce a video game... in 3 days!

For its 7th edition of the event, this video game development competition was open to 70 participating students. Comprised of professionals from Ubisoft Montpellier, the jury assisted teams during the competition, which featured the presence of the concept’s founders Alexis Jolis Desautels and Kaermack Polewska, who joined the event straight from Montreal to challenge French video game students, alongside other members of the jury.

Congratulations to the winning team, which convinced the jury with the originality and completeness of its game – a story about a vengeful steak attacking fox chefs!

On November 28, winners took home the GaCha trophy and over 3,000 euros in prizes.

For professionals: major names shining the spotlight on the sector!

Two full days were reserved for CCI professionals at the Corum Conference Center to get together, talk, and share ideas.

ICONIC had barely closed its doors when, on December 9, the Game Awards – the video game equivalent of the Oscars – recognized two Montpellier studios: Blue Twelve Studios won the prize for the top independent video game and that of the best independent game of the year with Stray; while the Arcane series created and produced by the Fortiche animation studio, with some of its team based in Montpellier, won the prize for the best video game adaptation for League of Legends.